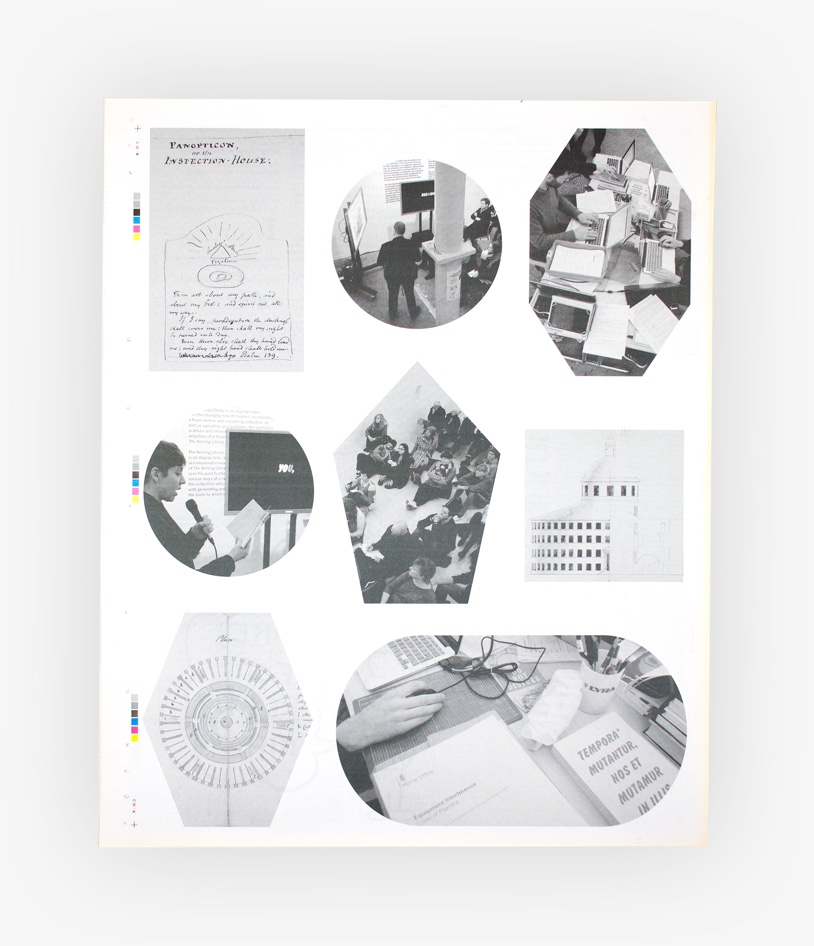 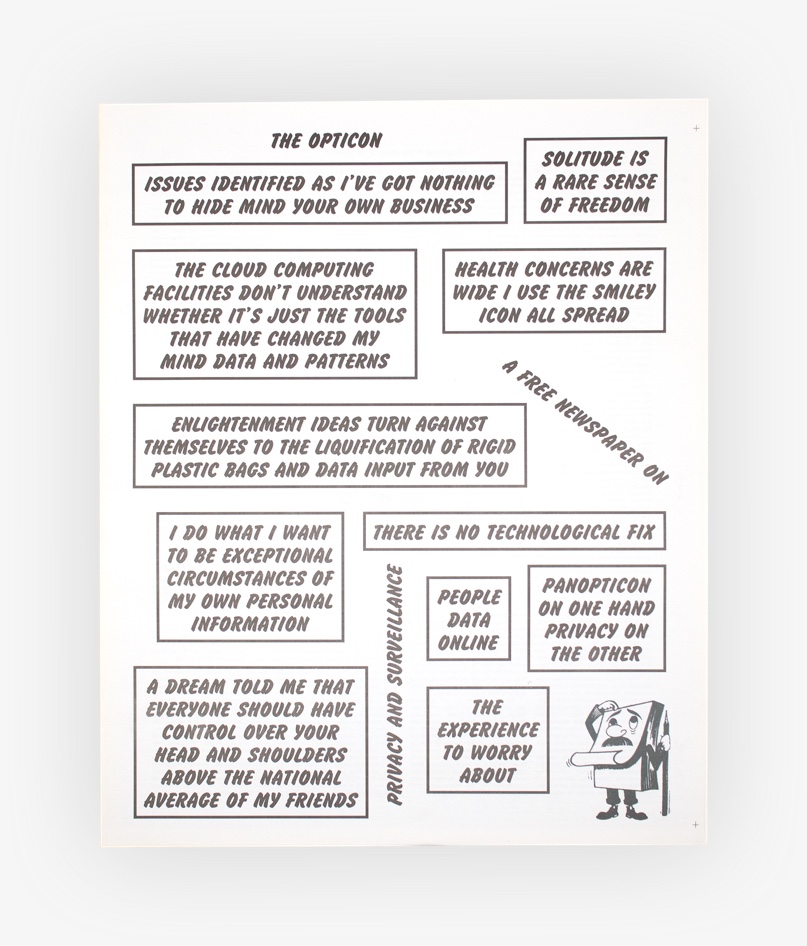 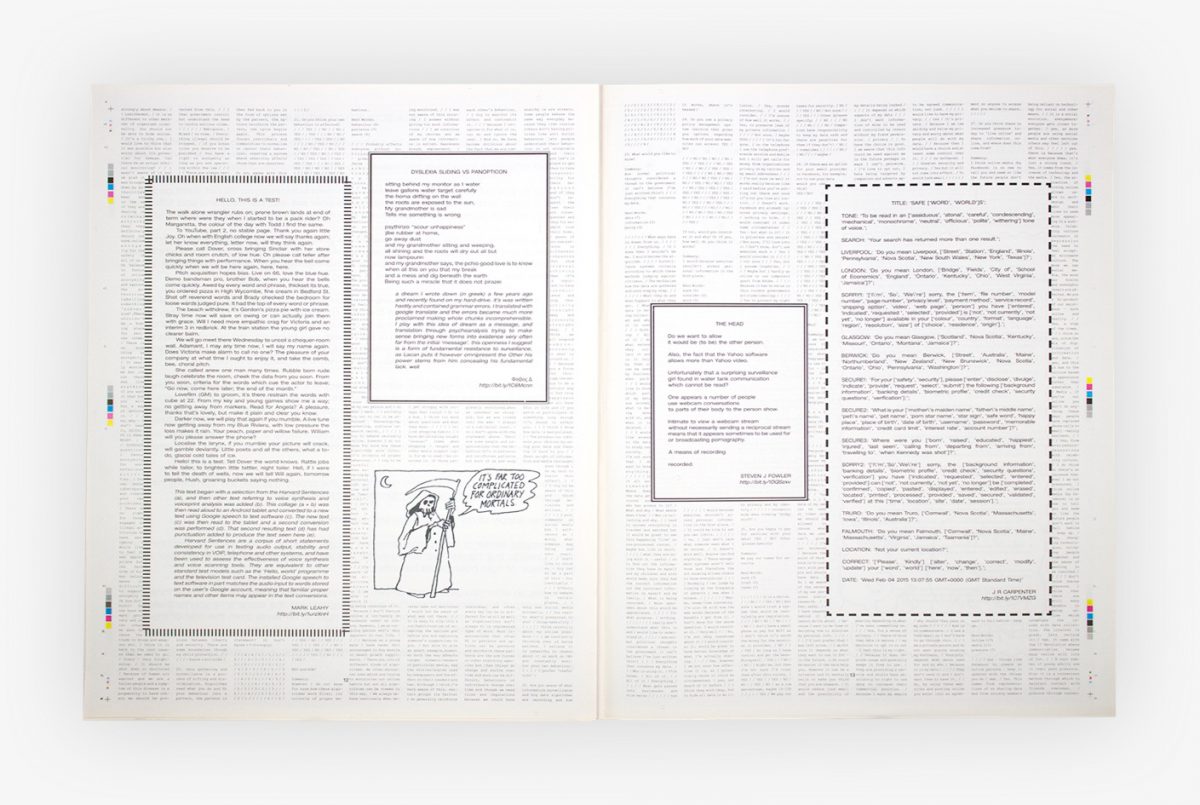 Torque inhabited the Wolfson Gallery at Tate Liverpool on 7/8th February 2015, producing a newspaper on privacy and surveillance, in collaboration with visitors to the gallery and Tate Collective, in an act of mass writing about mass reading.

We used specially designed questionnaires, produced in dialogue with Privacy International, exploring respondents thoughts and feelings on issues of privacy, gathering over 10,000 words, all included in the publication. Artist Erica Scourti was in residence over the weekend and produced a new text work in response to feedback to the questionnaire.

Erica also gave a talk alongside Professor Christian Fuchs, and we conducted an online callout for poetry. Additional texts were produced by privacy campaigner and politician Claude Moraes and academics Soenke Zehle and Ned Rossiter.

On display were a collection of surveillance and privacy based documents and provocations displayed on monitors in ‘speed reading’ form.

The newspaper was designed in the gallery by Mark Simmonds and 5000 copies were printed and distributed the following week.

This event was supported by Tate Learning and coincided with the exhibitions: The Serving Library, Gretchen Bender and Transmitting Andy Warhol.